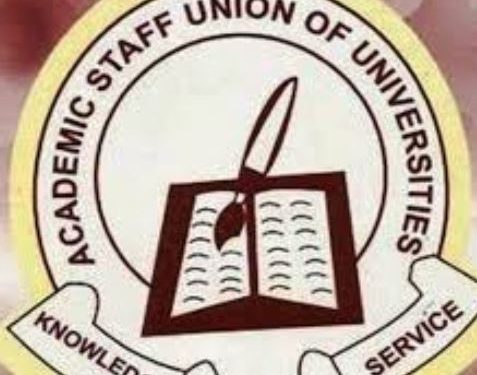 It is no longer news. The Academic Staff Union of Universities (ASUU) is set for another strike, again.  Its grouse with the federal government this time around is over what it called the ‘government’s planned imposition of Integrated Personnel Payroll System (IPPIS) on its members’. Last Sunday, the chairman of the University of Ibadan (UI) chapter of the union, Professor Deji Omole,  said while ASUU was not against accountability and prepared to assist the federal government in designing the appropriate template to address the peculiarities of university lecturers in the IPPIS, ASUU members are not ready to accept the adoption of what he called “the World Bank-designed exploitative template” threatening to resist any attempt by the government to violate existing laws and autonomy of the university.

There is already an established pattern. ASUU for some strange reasons often claim equality with its employers. The body accuses government of inefficiency without admitting many of its members as undergraduates and graduate students were products of the said government inefficiency. ASUU also wants us to believe it loves university students more than government that spends millions of naira on each university graduate. And whenever it fails to get what it wants, ASUU goes on strike for weeks and sometimes months forgetting that the victim at the end is the quality of our university education.

Undoubtedly, government has failed the universities in terms of funding. But from our experience in the last few years, I am not sure Nigerians are deceived when ASUU claims it loves Nigerian university students than government. For instance, how can the current showdown which followed a reported directive of President Buhari that any worker not on the IPPIS would no longer get salary be said to be in the interest of Nigerian university students? Yet the first reaction of ASUU to the development was to summon an emergency National Executive Council (NEC) meeting where it agreed that the union should begin mobilisation of members for an action against the government.

ASUU members more than anyone else know the processes government policy goes through and the role of actors especially experts/academics and technocrats in government policy formulation and implementation. Since lecturers are most likely involved in the policy formulation, it is not likely ‘the government template would enslave intellectuals just because “it does not make provisions for payment of arrears on promotion, study leave allowance, responsibility allowance, among others’ as ASUU alleged.

Blackmail and mischief are weapons ASUU freely deployed during its endless wars with government. The 70 years retirement age for professors has been in operation for a number of years. Now ASUU says part of its reasons for the planned strike is to prevent the federal government from using the new template “to phase out university lecturers above 60 years”. In the absence of any evidence, one cannot but read mischief to such claim by ASUU.

ASSU has also accused the federal government of hatred for university lecturers for “introducing what they called   “illegal policies that negatively affect the smooth running of the universities”. Again, I think ASUU is overreaching itself. It is not in a position to declare the policy of the government, its employer illegal. ASUU also says while it is “not against accountability on the part of the university administrators, it insists government should not be allowed to destroy public universities in its purported claims of fighting corruption.” ASUU is also not in a position to tell government, its employer how to fight corruption. He who pays the piper after all, dictates the tune. In any case, federal institutions are generally known to be centres of corruption and if the federal universities are not part of the mess, it is not ASUU but government that will provide a clean bill of health.

ASUU is not any less guilty for the rot in our public universities. There is too much politics going on in our public universities. It was perhaps on account of mismanagement of our universities  that the founder, Afe Babalola University, Ado Ekiti (ABUAD), Chief Afe Babalola during the 10th Founder’s Day and 7th convocation ceremonies of the university last week revealed he  “purposely established his non-profit university to expose the rot in Nigeria education system and raise the bar of functional and quality education”, advising ‘university must be free to carry out research, look for funding, set criteria for admission, rather than depend on the government’s intervention.’

Many share the view that if ASUU for instance gets off the back of University of Lagos, the institution has everything to be more successful than ABUAD, today’s pacesetter.  Unfortunately while fronting for their fellow political, economic, military elite that want their children by all means in University of Lagos, ASUU for instance falsely claims to be the vanguard of the masses insisting students of University of Lagos, the University of First Choice must not pay school fees. Meanwhile 80% of students of the institution are children of the elite. 50% of new intakes into the university who did not meet JAMB cut-off marks are brought in through pre-degree programme where their parents  are made to cough out as much as N400, 000. But by ASUU logic, at 200 Level, these students join the league of children of the poor who pay just about N25,000 as school fees.

What the first generation universities need to run their institutions like ABUAD is federal grant which by the way should be extended to all state owned public institutions. And without the federal government and ASUU meddlesomeness, University of Lagos will not need more than a third of the current non-academic staff forced  on it as a result of what Prof Temitope Alonge,  the immediate past Chief Medical Director, University of Ibadan College Hospital (UCH), during ABUAD’s 7th convocation lecture entitled: ‘The Pearl in the Pack’ describes as “over bureaucratization of universities setting by the political elite which have reduced virtually all public universities to critical outposts for building political clients and extending tentacles”.

Reflecting on UI at 71