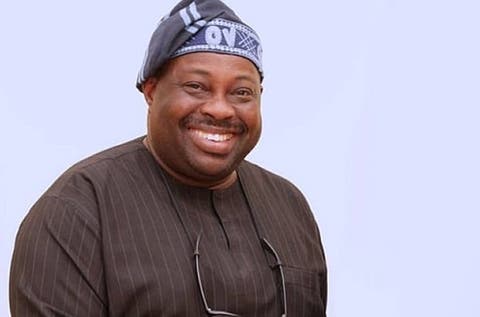 In a statement released by his Special Adviser on Media and Publicity, Femi Adesina, the President congratulated Momodu on hitting the milestone in good health and sound mind, wishing him greater contributions to the further emancipation of Nigeria in the years and decades to come.

The President rejoiced with the family, friends, and professional colleagues of the Publisher of Ovation International, saying he has left his footprints indelibly in the annals of journalism in the country.

He wished Momodu greater profundity of thoughts as he engages with readers of his weekly column, Pendulum.

Tinubu applauded the Momodu for his infinite contribution to journalism, lifestyle and politics, among others, as he marks his 60th birthday.

“I congratulate and rejoice with him on attaining 60, Saturday, May 16, 2020.”
The Asiwaju said, “Momodu has done remarkably well for the journalism profession and for his country. He fought relentlessly for the entrenchment of democracy in Nigeria and for the promotion of good governance and social justice.”

He recalled Momodu’s active role in the nation’s pro-democracy activities against the Abacha military regime that forced him into exile.

Tinubu said, “While traversing the media landscape and forging what was to become an exciting and illustrious career, culminating in the founding of the Ovation Media Group, Momodu was also actively involved in pro-democracy activities.

“For that, he was forced on exile by the late Abacha military junta, like yours sincerely, during which time both of us, along with some other progressives, continued the struggle for the revalidation of the annulled June 12 election.”

Momodu is not only a pro-democracy activist but also a political actor and indeed at one time a presidential candidate, he said.

Also remarkable, he said was Momodu’s regular, incisive and helpful interventions in social and governance issues.

“I salute his courage, tenacity, resilience, sagacity and commitment to worthy causes and loyalty to friendship.

“On this milestone age, I join the family, friends and associates of our highly-admired Bob Dee in wishing him a most fulfilling birthday even at this moment that demands of all of us preventive and physical distancing measures in the wake of the ravaging coronavirus pandemic.

“May God Almighty grant Momodu many more years, robust health and strength to continue to advance the cause of journalism, democracy and good governance as he has been doing over the years,” Asiwaju Tinubu said.