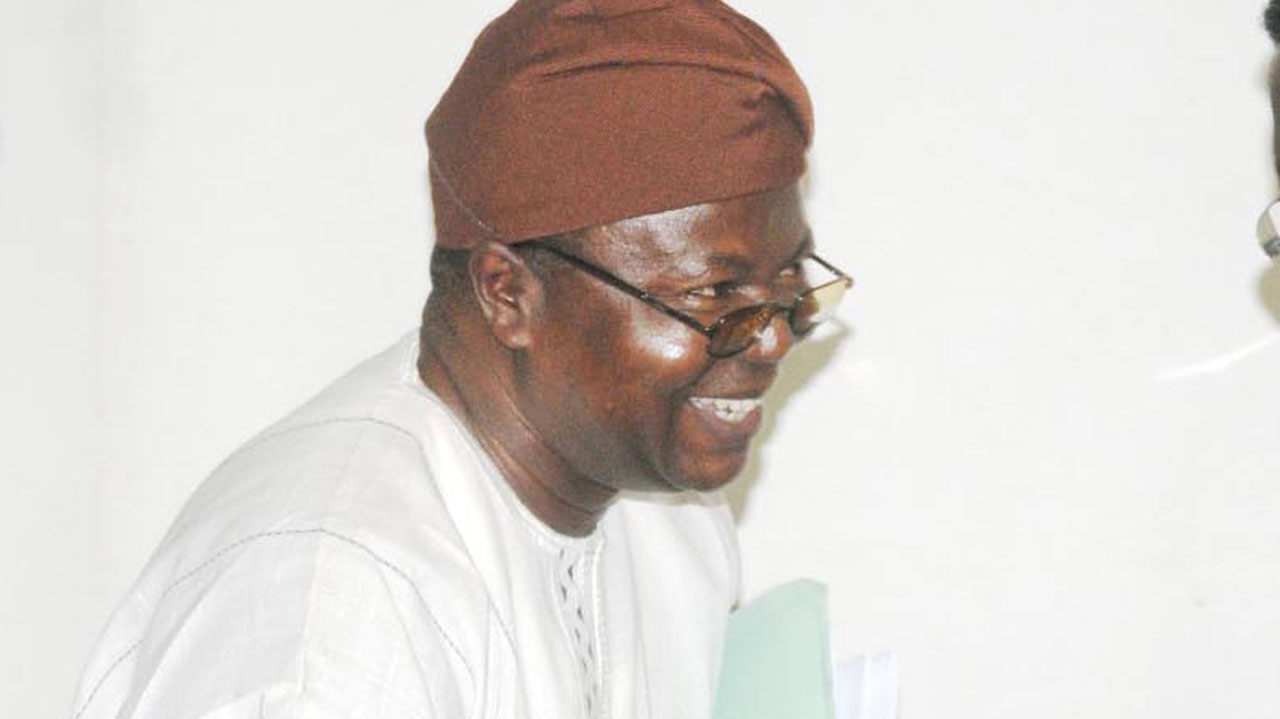 The Federal Government and Academic Staff Union of Universities (ASUU) are at it again. But this time, the row has nothing to do with breach of agreement or non-payment of earned academic allowances. They are in a battle of interest over Integrated Payment and Personnel Information System (IPPIS). UJUNWA ATUEYI writes.

The Federal Government’s resolution to integrate all federal owned universities into the Integrated Payment and Personnel Information System (IPPIS) and the refusal by members of the Academic Staff Union of Universities (ASUU), is about to prune the relative peace and steady academic calendar being enjoyed in the nation’s public higher institutions.

As at last Monday, when enrolment into IPPIS was billed to commence in all the federal universities across the country, members of ASUU are singing no retreat, no surrender, as they have vowed to resist the scheme.If both factions continue this way, students will certainly pay dearly for the conflicts, and this has got many Nigerians worried. Office of the Accountant General of the Federation, had directed all staff of federal universities across the country to make their credentials available between Monday, November 25 and Thursday December 5, 2019 for enrolment into the scheme.

But the leadership of the union directed its branches not to participate in the enrolment, saying the body cannot be subjected to ridicule or any form of enslavement. Interestingly, a faction of the union, Congress of University Academics (CONUA), had mandated its members to comply with the federal government’s directive

This is even as the Federal Government threatened to stop salaries of workers not captured on the new payment platform. But ASUU is not perturbed. Some Nigerians are agitated with the situation. While some felt the government is fighting a good cause, others alleged it is witch-hunting the union with the scheme.

Equally, some alleged that ASUU is fighting a battle of interest, as the scheme when implemented will block all the financial leakages that have been favouring the university teachers. Infact a key stakeholder who doesn’t want his name in print said, “”ASUU has not said everything that is bothering them. There are some that cannot be stated in black and white in terms of interest.”Amidst the clash of interests, ASUU executives have threatened to mobilise its members for a strike should the Federal Government stop their salaries for refusing to enrol into the scheme.

IPPIS, though controlled by government is a platform that integrates and harmonises payments of federal employees. The scheme says it has been able to weed out ghost employees from the payroll through its technology-driven processes. Based on this, President Muhammadu Buhari had vowed that effective from October 2019 any federal employee not captured on the IPPIS would forfeit his/her monthly salary.

“We shall sustain our efforts in managing personnel costs. Accordingly, I have directed the stoppage of the salary of any federal government staff that is not captured on the IPPIS platform by the end of October 2019. All agencies must obtain the necessary approvals before embarking on any fresh recruitment and any contraventions of these directives shall attract severe sanctions.”

Meanwhile ASUU chief, Biodun Ogunyemi, had earlier maintained that the union will not bow to any pressure as compliant to the scheme will rob the university of its autonomy. He said there is a law that governs the establishment of all universities and those laws have a provision on how the university should be governed, stressing that government cannot wake up one day and terminate the law.

“The law we are talking about here states that the governing councils should be the agency that governs the activities of the universities. Every university has a mechanism or a structure for its operations. Universities are regarded as universal cities. The Federal Government wants to capture the data of lecturers in the universities and house them in the office of the Accountant-General. It is never done in any part of the world. Even in Ghana where they have something like IPPIS lecturers are not part of them. So that is the closest country to us, they excluded lecturers because of the peculiarities of the university community,” he said.

Reacting to the disagreement between ASUU and the Federal Government, Bursar, University of Ibadan, Dr. Michael Alatishe, faulted the procedures and hastiness through which the government brought in the scheme, saying it was obvious that government did not do proper consultation.

He said: “I have a problem with the position of the government. It is so sudden and without consultation. Universities are peculiar in nature. And the word university is coined from the word universal. Government should endeavour to understand how universities outside Nigeria operate. Again, it should ask a question on whether the scheme is going to project, expand or enhance the capacity of the universities.

“This is not just starting. It started from the TSA. When the Federal Government decided to close its eyes to the disadvantages TSA may bring to the university, ASUU did not say anything then. It went to payroll system; we migrated to what they call Government Integrated Financial Management Information System (GIFMIS), our fund being sent to commercial bank to pay salary. On GIFMIS, government no longer send money to any account for the universities to pay salary, but they send this money to central bank in a pool fund for each universities to pay their salaries as approved in the appropriation and to also pay for capital projects and overhead. That’s is the current system.

Reflecting on UI at 71

He continued: “When we started on GIFMIS, I told them that GIFMIS is just a step to IPPIS. Now we are in IPPIS. I don’t care where I get my salary as long as I get my salary at the end of every month. However, there are some peculiarities with the university environment. Some of it is we get our promotion at the beginning of our academic session. In the university, academic session starts first of October of every year. Now the government said as far as they are concerned promotion year starts from first of January.

Affirming that IPPIS has the capacity to curb corruption, Alatishe said, “The state of corruption in Nigeria is too mega, very mega, and to fight corruption to a standstill we have to start from somewhere and I guess that is the position of the current administration. I have no problem with fighting corruption, but consultation and gradual process would have solved some of these problems. And as a bursar of the university, if you ask me, I will say IPPIS is the way to go. Parts of my reasons are whenever there are problems in the local university; all the unions on campus vent their anger on the vice chancellor and the bursar. With this they will understand that it is the Federal Government that engages all federal workers.”However, Alatishe appealed to both parties to embrace peace and dialogue so as to reach a fruitful consensus in the interest of the Nigerian students.

“So, I will admonish the two warring factions to toe the path of peace because lives are involved and these are our children. If they shut the university for one or two months, you can bet that not all the students that go home during strike return to school. So I will advise that ASUU should let go of its ego while discussions continue. You can never exhaust negotiation. As soon as they enroll in the scheme, discussion can continue and if there are peculiarities for the university that IPPIS has not captured it can become a subject of discussion.”But the zonal coordinator of ASUU, Lagos Zone, Prof. Olusiji Sowande disagreed. He said considering the extant university law, it is obvious the president was misinformed.

Sowande who maintained that ASUU’s position on the matter has not changed said: “We have made our position known that IPPIS is against university autonomy and even if you go into the nitty-gritty of it, it doesn’t capture the peculiarities of the Nigeria university system. So our position is that we are not going to participate, and our members will not enroll on IPPIS. There is a difference between presidential directive and the law of the land, the president swore to the Nigerian constitution of the Nigerian law. So, he cannot be above the law.

“If something is against the law, somebody should advise the president, he has advisers. Because we are very sure the president was misinformed about this issue. Ministries are not established by law; but universities are established by specific laws, which passed through the National Assembly and then the presidential assent. So if university has autonomy and we have quoted copiously from the university law that any circular that is against the law of the institution shall not apply to the university system. So why is somebody interested in enforcing that everybody in the university system must join IPPIS, even in Ghana where they do IPPIS, universities are exempted.He continued: “Again, we can also ask ourselves, in which country of the world, do they have centralised payroll system for all their universities? Universities are not under ministries. Staff of universities’ are not under the civil service commission that is why the civil service rule does not apply to them.

It is only when people want to be mischievous that they will be quoting the laws from the civil service. But the university law, is very clear on some of these things.” Reacting to the admonition that ASUU can enrol and gradually include other peculiarities not captured in the scheme, Sowande said: “It is not about the peculiarities alone, it is also about the law. Why should we enrol while the scheme is against the law? We have said this; we are not against transparency and accountability. We have proposed alternative, we can devise another scheme that will be controlled in the university system, which can also be seen from outside the university, but it will be operated within the university.

Culled from The Guardian Newspapers